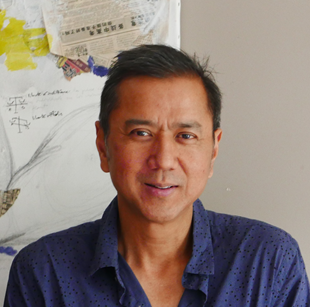 Dr. Anavaj Sakuntabhai is a researcher specializing in human genetics of infectious diseases. He received his MD from Chulalongkorn University in Bangkok, Thailand and completed post-doctoral training in Internal Medicine and Dermatology at the Ramathibodi Hospital, Mahidol University. He also has a MD from the University of Newcastle in Tyne, UK.  Finally, he earned his PhD in Human Molecular Genetics from the University of Oxford. He joined the Institut Pasteur in Paris in 2000 as a Senior Scientist and in 2007 became the leader of the Laboratory of Genetics of Human Response to Infections. In 2010 he created and became the head of the Functional Genetics of Infectious Diseases Unit.

The Functional Genetics of Infectious Diseases unit studies the basis of human genetic susceptibility to major human pathogens. They currently focus on mosquito-borne infections (malaria and dengue). They aim to identify genes governing infection outcome and transmissibility, within two important contexts: 1) That of the pathogen exploitation of the host and maximization of onward transmission; 2) The environmental context, placing emphasis upon the exogenous factors that impact upon the within-host dynamic of the pathogen and thus influence the outcome of infection.

Dr. Sakuntabhai is a Knowledge User on the grant.