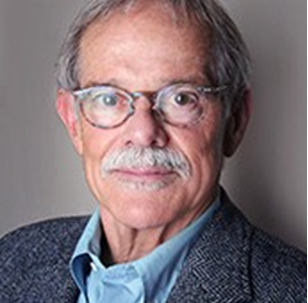 Dr. Alan Barbour is Distinguished Professor of Medicine, Microbiology & Molecular, and Ecology & Evolutionary Biology at the University of California Irvine (UCI). He received his MD from Tufts School of Medicine in Boston and was an internal medicine resident at Dartmouth-Hitchcock Medical Center in Hanover, New Hampshire. After national service as a public health officer and epidemiologist with the Centers for Disease Control and Prevention, he completed training in Internal Medicine and the subspeciality of Infectious Disease at the University of Utah.

Dr. Barbour continued research on bacterial pathogenesis at the National Institutes of Health’s (NIH) Rocky Mountain Laboratories in Montana, where he co-discovered the cause of Lyme disease and became section chief of arthropod-borne diseases. From 1986 to 1996 he was at the University of Texas Health Science Center at San Antonio as Professor of Medicine and Microbiology and Chief of the Division of ID. From 2005 to 2015 he was the Director and Principal Investigator of the NIH-supported Pacific-Southwest Regional Center of Excellence for Biodefense and Emerging Infections based at UCI. He has served on several editorial boards, as member of scientific advisory boards, and as member of NIH, Veterans Administration, and European Research Council study sections. His research has mainly been devoted to the pathogenesis, immunity, and genetics of the spirochetal infections relapsing fever and Lyme disease, as well as vaccines and diagnostic assays. Another research focus is the immunology and genetics of the deermouse, the natural reservoir of the agents of Lyme disease, babesiosis, and anaplasmosis in North America.

Dr. Barbour is a Collaborator on the grant. His main role will be to provide advice and guidance to the Network’s investigators. He is willing to provide expertise on and resources for the development of immunodiagnostic assays, genome-wide expression profiling of host responses, and direct genotyping of Lyme disease agents in ticks and mammalian specimens.