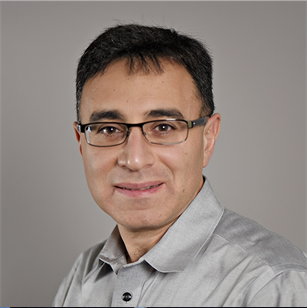 Dr. Walid Houry is a Professor in the Department of Biochemistry and the Department of Chemistry at the University of Toronto.  He has a MSc and PhD in Chemistry from Cornell University. He is the recipient of a number of Awards including the Canada Foundation for Innovation Leaders Opportunity Fund (2009-2010) and the CIHR New Investigator award (2001-2006) to name a few. He completed post-doctoral training at the Sloan-Kettering Institute and the Max-Plank-Institute for Biochemistry.

Dr. Houry leads the Walid A. Houry Lab. The ultimate aim of the labs is to address the fundamental question of how molecular chaperones and ATP-dependent proteases modulate protein folding in the cell. They study the biochemical and biophysical basis of function of these molecular chaperones and proteases as well as their cellular roles in model systems including E. coli, yeast, and mammalian cells. They are also mapping the chaperone interaction networks with the ultimate aim of identifying the rules that govern protein folding processes in the cell. Their work has a translational aspect leading to the development of novel antibiotics and anticancers.