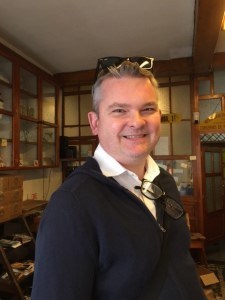 Simon Denegri OBE is the Executive Director of the Academy of Medical Sciences (AMS) in London, UK. Prior to taking up this role at the Academy, Simon was the National Director for Patients, Carers and the Public at the National Institute for Health Research (NIHR), and Chair of INVOLVE – the national advisory group for the promotion and support of public involvement in research funded by NIHR. He was Chief Executive of the Association of Medical Research Charities (AMRC) from 2006 until 2011 and, prior to this, Director of Corporate Communications at the Royal College of Physicians from 2003. He also worked in corporate communications for Procter & Gamble in the United States from 1997 to 2000. He was awarded the OBE for services to NHS, public health and social care research in the Queen’s Birthday Honours 2018.

Simon writes and speaks extensively about community and public involvement in health and social care and blogs at http://simon.denegri.com/. He also writes poetry which he publishes at http://otherwiseknownasdotcom.wordpress.com/.

Simon Denegri serves as an international member on the Scientific Advisory Committee. He will advise on community and patient engagement.