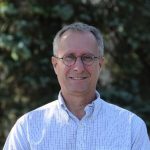 Dr. Nick Ogden is a UK-trained veterinarian (University of Liverpool, 1983). After 10 years of mixed clinical practice, he then completed a doctorate in Lyme disease ecology at the Department of Zoology, University of Oxford. During the six years he spent as a professor at the Faculty of Veterinary Science, University of Liverpool, he continued his research into the ecology and epidemiology of tick-borne diseases of public health importance in Europe and those of importance to livestock production in Africa. In 2002 he moved to Canada, where he continued research on the ecology of Lyme disease and other zoonoses and climate change as a research scientist at the Public Health Agency of Canada (PHAC). As interim Director of the Environmental Issues Division of PHAC he directed a program on climate change and vector- and water-borne disease risks, and community adaptation to these risks. As Director of the Zoonoses Division he directed programs on national coordination, surveillance and prevention of zoonoses including Lyme disease. He is now a senior research scientist and Director of Public Health Risk Sciences division within the National Microbiology Laboratory of PHAC focusing on assessing risk by study of the ecology, epidemiology and genetic diversity of vectors and zoonotic and vector-borne micro-organisms (in particular the agent of Lyme disease), assessing impacts of climate change on zoonoses and vector-borne diseases, and developing tools for public health adaptation.